all, Buick, Oldsmobile and Pontiac 4-speeds. One 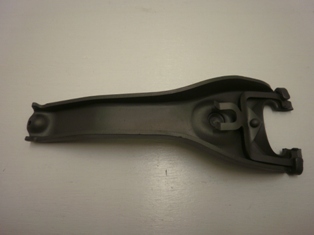 This fork has a unique throwout bearing and pivot

stud retaining spring, and has "ears" on the push

rod end, that is used for Oldsmobile return spring 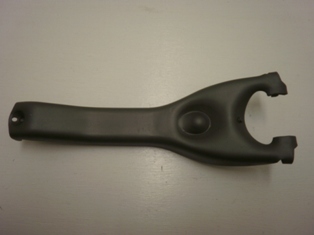 The "096" fork has a straight centerline from the

bearing retainer through the pivot stud pocket to 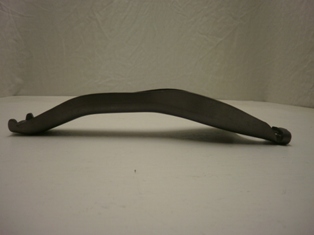 Even though this bearing yoke is straight it isn't

flat. It has a 1" curve at its highest point. 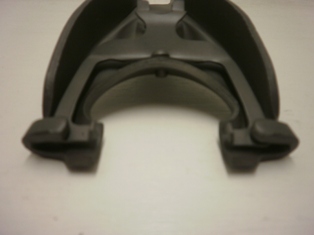 The bearing retention spring has a crease between

the attachment rivet and the pivot stud "ears".

These "ears" are also much shorter then they are

on the standard Chevy spring. 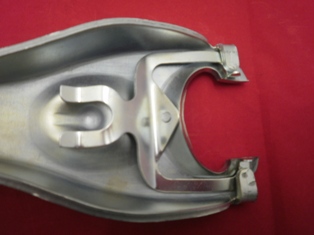 They did a nice job on the retainer spring.

Applications Per thru 1975 Buick Parts Catalog

Applications per the Thru 1975 Oldsmobile Parts Catalog Effective May,1980

Factory correct applications are your responsibility. GM made part and part # changes with no rhyme but a reason (no production interruptions at any cost).
Application charts and part numbers are for replacement parts that were available at the time of parts book printing.
My observations come from the parts I have in my collection or other reliable sources your parts may differ.
If Factory correctness is your goal, do more research, join car clubs,
forums and buy an assembly manual if one is available for your Project Car (you wont be sorry).
This is a fun and interesting part of the hobby! 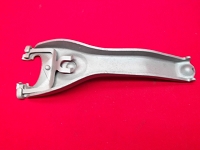