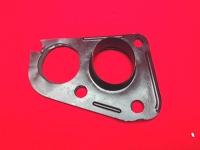 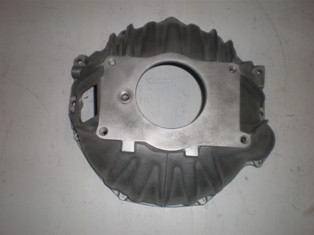 464697 11"
The "G body" version of this part number may be
the rarest of all bellhousings as I have only seen one
in the last 5 years of searching. Of course there may
be some out there that the owners don't know what it is.
The "G body" version can only be used with the part
number 14007356 Clutch fork without opening up the
clutch fork hole.
The only listing in the parts catalogs that I have found
is for a 78 A body with 350 cubic inch engine. 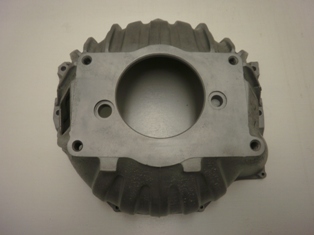 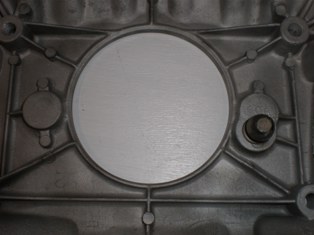 Chevrolet G Body Difference
The part number molded into the outside doesn't
tell the story. This is how you tell factory and replacement
1978-88 GM A and G Body clutch housings from there look-a-likes.
On the right of this picture you can see that the clutch fork
pivot stud is in the lower portion of the molded in "boss".
The location of the ball stud threaded hole is the only change from
regular clutch covers.
Alternative Bellhousings 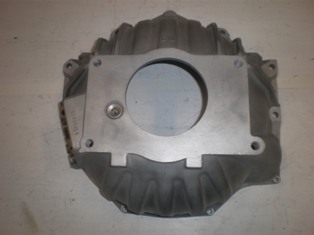 14048867
This is a 153 tooth 10.5" originally installed on
80's Corvettes.These bellhousings have the ball stud
in the standard location, but have the fork opening at
about 8' o'clock. With the right fork (not the G body fork)
this cover will have the correct linkage geometry and clear the
floorboards without modification. 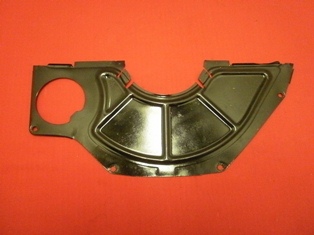 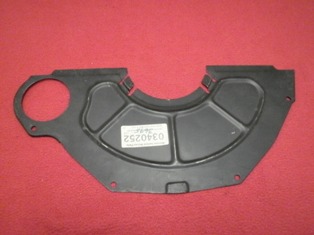 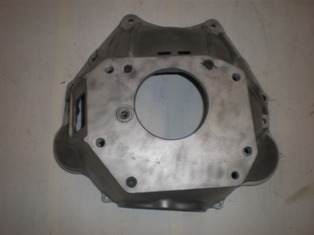 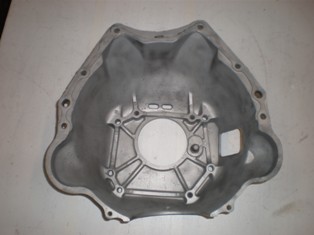 547975-563441-10000808
These Clutch housings have the same physical
dimensions and appearance and have both a G
body version and a standard Buick, Oldsmobile,
Pontiac version.
The difference is in the clutch fork
pivot (ballstud ) location. The lower stud location
is evident in the picture to the right. These bell-
housings are pretty rare. I have found 2 in the last
4 years of looking for them.
NOTE: Some with these part numbers have only
the standard location possible and a round ball stud
boss. 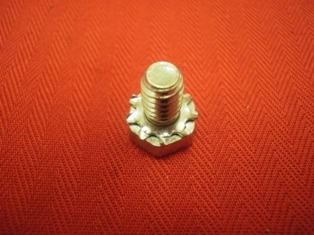 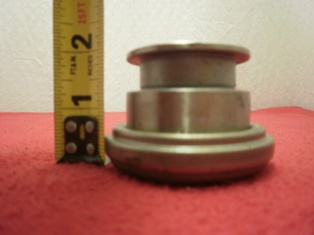 3729000
This is the clutch fork ball stud listed in the parts
catalogs for all 76-81 cars. If you have a non original
clutch pressure plate this may no longer work for your
application. 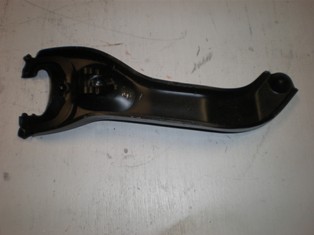 14007356
This Clutch Release Fork is specific to "G-bodies".
They only fit in the G-body specific bellhousings
and are the only forks that fit in the g body clutch covers.
There are two versions of this fork. I call one the 1st
design and the other the 2nd design. I have compared the
two and found that although they have slightly different
curves, the geometry remains the same. 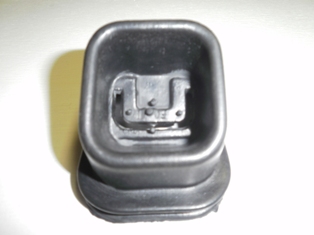 14007355
This bellhousing to fork seal is the same one listed
for most GM applications. 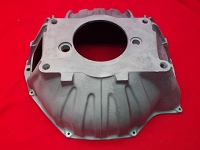